The Ventana System (Sierras de la Ventana) is one of two mountain ranges in Buenos Aires Province, and one of the only two located within the Pampas ecosystem.

Bounded approximately by the Laguna de Guaminí at its northwestern end, and the Atlantic Ocean to its southwest, the Ventana System lies on a precambrian base formed around 2.2 billion years ago, and is interspersed with granite, granodiorite, and amphibole deposits. 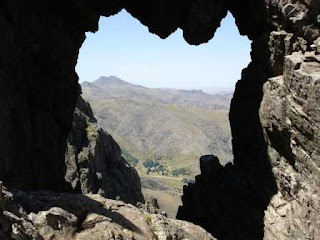 Characterized by its escarpments, this orography prevented the deposit of significant amounts of loess, and make the area the least propicious to agriculture with the pampas; sunflower fields are common along the foot of the range. Its soils feature a A-AC-C horizonation, not unlike those found along the Appalachian range.

Its climate is rather colder and drier than that prevailing in the surrounding Humid Pampas, though the range receives more rainfall than the Semi-arid Pampas, located to the west. Sizable extensions of lacebark pines grow along the range, possibly introduced from Asia.

Peppered by caves and grottoes, the range is relatively modest in height and extension, and exceeds 1000 m (3280 ft) at only six points. These peaks are: 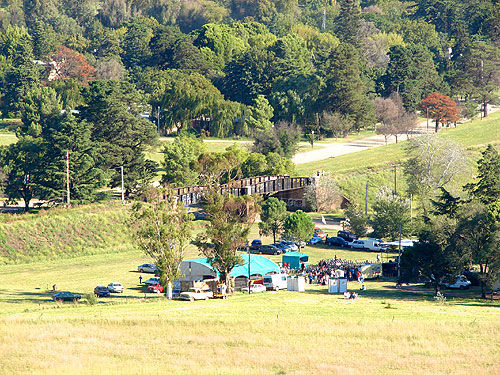 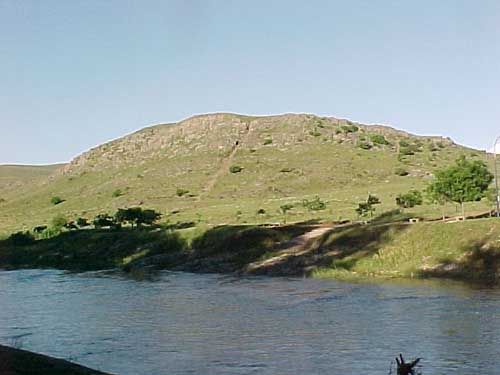 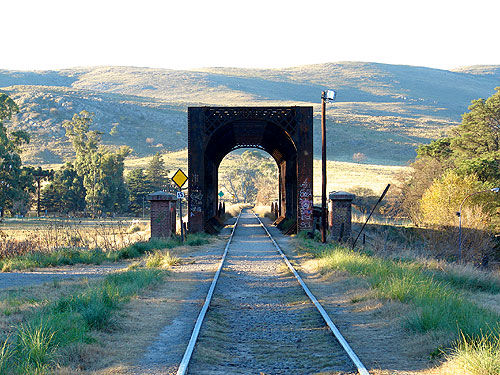 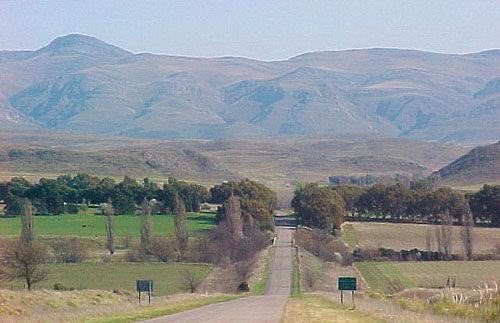 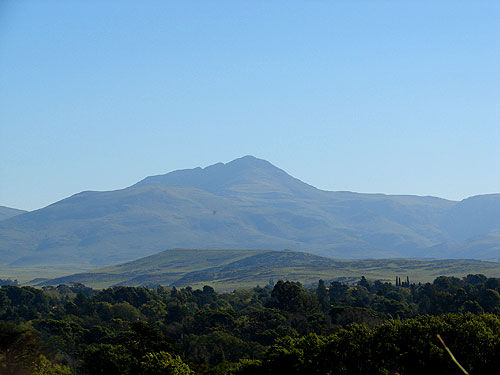 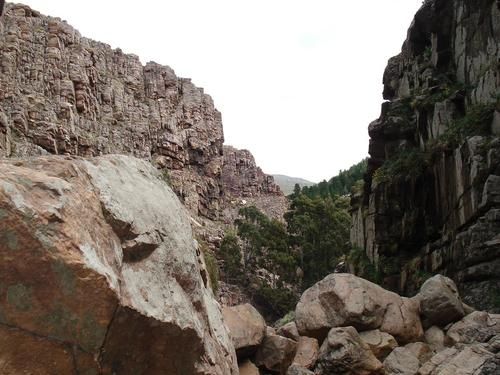 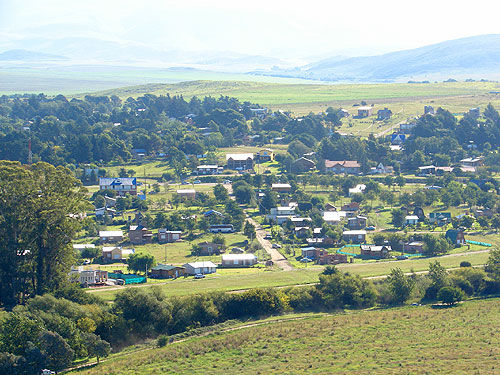