Handicrafts include, basically, works and products done by hand or with little aid of machines. They are generally decorative or common use objects, in materials like wood, stone, and wool, among others.

Since the year 1975, Artesanías Neuquinas, a Provincial State Company, plays a significant role in the recovery, development and promotion of the traditional artisan activity deeply rooted in the original culture of the province.
Its mission as a company is to strengthen the cultural value of the artisan job as the authentic expression of its people and to guarantee its continuity throughout the province of Neuquén by the creation of a permanent and profitable source of income for craftsmen. 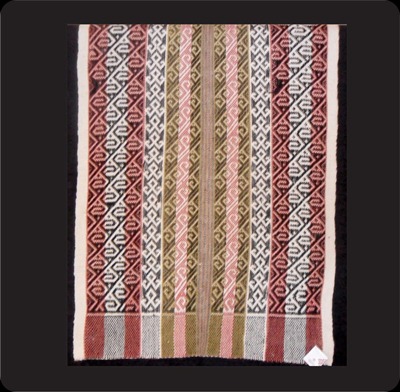 Textile works, wood and stone carvings, musical instruments, pottery and silver ornaments are the lines of products that the company promotes and commercializes. All these products are created from natural materials that come from the sustainable resources of the province, completely handmade by the craftsmen by means of tools assembled by them, and using methods to transform the raw materials that have been transmitted from generation to generation.

Mapuche vertical woven cloths occupy a very important place in the province. Almost exclusively fabricated by women, they symbolically represent the spirit of the mapuche people in its utmost expression. Women teach to weave orally and practically, mainly to other members of the family. Although there is a limited amount of symbols, the combinations among them are numerous, and the result is the creation of unique pieces. Weavers create a great amount of products using different techniques: peleras, suitcases, sashes, carpets, tablecloths, tapestry, matras, matrones, and ponchos, among others. 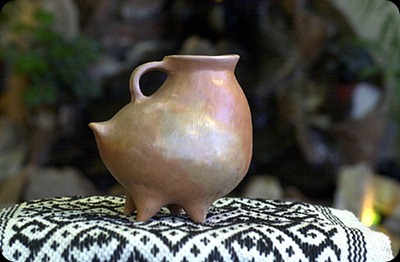 The upright loom used by the native people in our province consists of an arrangement of posts with crosspieces. They obtain the wool by sheering sheep or by removing hair out of pelt. They clean it, take strange elements out (thistles, hairs), and classify it by colour and quality. Then they do the threading, a task mainly done by women, with the aid of a wooden spindle with whorls that can be made of stone, ceramic, wood, or other material.

If they do not want to use the natural colour of the wool, they dye it in the traditional fashion, which shows the deep knowledge native people have on the dying properties of some vegetables and minerals.

Whereas weaving is mainly a task performed by women, wood carving is mainly done by men, although some women dare work on it too. The raw materials are obtained from the fallen trees on the near forests. The wood they carve is mainly lenga, and the most common objects they produce are pans, dishes, cutlery and other useful objects habitually used in the kitchen. 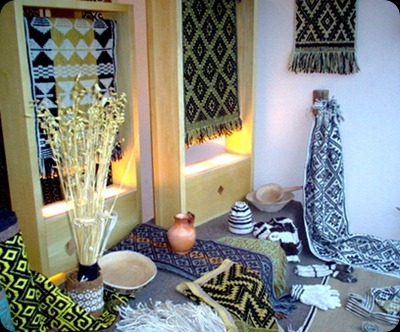 The production of musical instruments kept many of the elements of the traditional mapuche culture. The kultrún, the pifilka and the trutruka are made with different materials, especially wood and coigue cane.

Pottery work is the activity practised by the smallest proportion of artisans. Pottery elements are, mostly, of Creole origin and from the northern area. Clay is obtained in the surroundings of the craftsmen’s residence area, and the most common objects are pitchers and jugs.

Silver work is also made mainly by Creole craftsmen that use mapuche motifs in their productions. The traditional mapuche pieces are pectorales (a kind of breastplate), tupus (brooches), trariloncos (accessories that are put round the head like a headband) and rings. And as regards the Creole products, they create mates (containers to drink a traditional infusion), bombillas (small tube for sucking the infusion out of a mate), knives, pasapañuelos (neckerchief holders), etc.

Silver work is one of the most representative cultural expressions of the mapuche people. Their entire symbolic world is expressed in the shapes, the engravings on silver plates, the symbols, and the use they give to jewellery. During the pre-Hispanic period the mapuche knew how to work materials and they produced copper, and most probably gold and silver, ornaments.

After the Spanish conquest and until the 19th Century, the mapuche obtained silver trading with the Spanish. They exchanged manufactures or cattle for silver coins that they used as a raw material for silver work. These works of art helped create a commercial trade with other indigenous groups and with white men as well.

The objects that sell better are the ones made out of wood, both for domestic or ornamental use, and in the second place, tablecloths and tapestry woven in mapuche looms.

Their economical prices and their utility as ornamental objects make them attractive both for residents and tourists. 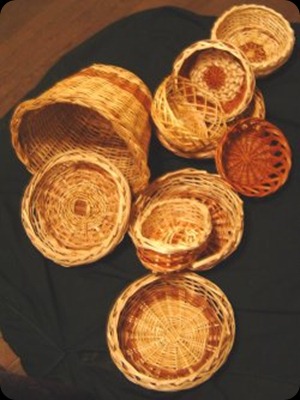