The 10 Most Popular Posts on Argentina Photo Gallery in October 2013.

1.- Cape Two Bays is considered the most beautiful in the coastal protected areas system. 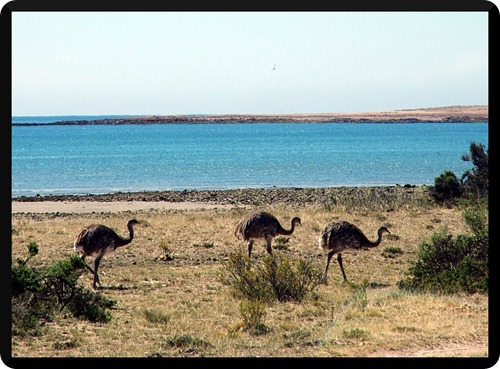 Cape Two Bays is considered the most beautiful in the coastal protected area system by contrasting their brownstones landscape and the blue sea. It has an extraordinary diversity of wildlife is inhabited not only by penguins Magellanic but also seals, guanacos and cormorants, among other wildlife. Some of seabirds that inhabit this place used as the sole breeding site.

2.- Choele Choel is the most important urban center of what is denominated Half Valley. 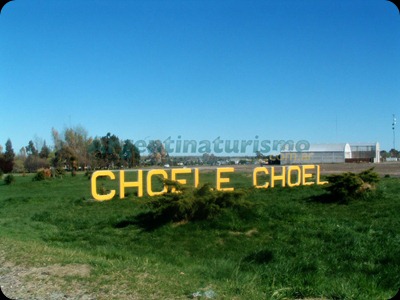 Choele Choel was founded July 9 1879 by the general Conrado Villegas in the island Pacheco, with the name Nicolás Avellaneda. It was razed little time later by a flood and the soldiers and their families, next to some civilians, they settled in the well-known place as Pampas de losMolinos, where it remained up to March of l882 18, it dates in that was transferred to their current location.

3.- Las Grutas are located in the Gulf San Matías on the Atlantic coast of the Province of Río Negro.

The coast Atlantic rionegrina has three important and outstanding points, one to be a highly converged tourist center, another to be center of the commercial marine fishing, and the third to constitute a fundamental support for the economic activity of the Patagonia. We are speaking of Las Grutas, San Antonio Oeste and Puerto San Antonio,, respectively. To Las Grutas they arrive every year tourists' thousands willing to have a good time, to relax you and to pass it well. They arrive attracted by their beaches with cliffs of incredible beauty, and for the famous warm waters of these costs. 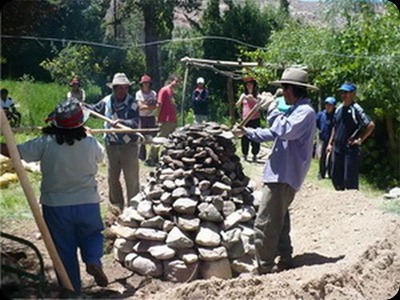 What does it mean for us the Community-Based Rural Tourism and how do we understand it?

The Community-Based Rural Tourism means solidarity tourism activities from an intercultural perspective relating the rural community with visitors, with joint participation of its members, tending to an adequate management of natural resources and cultural heritage assessment, based on principles of equity and fairness, and in the distribution of profits. 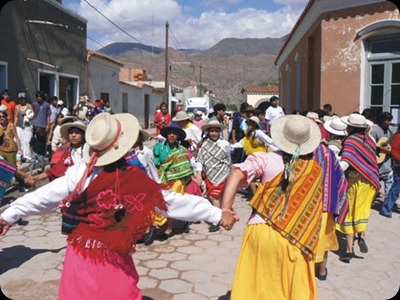 The celebration of Carnival in February; or March during Easter Time; or the Pachamama ceremony during August, are some of the many cultural alternatives offered by the Province. In La Puna, a faithful reflection of the High Andean Plateau, you can find traces of people who sealed milestones in Argentina and South America, such as the Inca Trail or manifestations of rock art, petroglyphs and archaeological remains from various origins.

The Province of Jujuy offers a calendar filled with religious festivities, a product based on the important roots of the catholic faith and spiritual influence on its population.

Father of the legendary cartoon character Cape Savino, settled in Bariloche Casalla fifty years ago. Smart and warm, was the last in his stories in a rigorous manner. The Great Lake, one of his last works, was selected by UNESCO as a reference against discrimination. 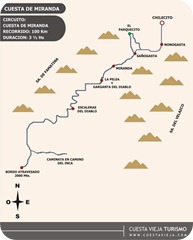 La Cuesta de Miranda is a beautiful, winding stretch in which National Route 40 runs through the pass between the Sierras de Famatina Sañogasta and Chilecito between Villa Union and La Rioja.
Cuesta also known as "the" Miranda, this stretch of Route 40 naughty step, broken (or "costs") that cuts through the Sierra de Famatina (north) and those of Sañogasta (south) following after the deep valley of the river Miranda. Is not entirely asphalt.

9.- Neuquén has strong cultural roots on the millenarian mapuche tradition.

Neuquén (in mapuche language, “daring, and vehement”) has strong cultural roots on the millenarian mapuche tradition (mapu – land, che – people).
Presently many mapuche communities live in Neuquén territory, especially in Patagonia of Lakes, and they give value to their vision of the world and their customs inviting people to visit their lands and share their traditions.

10.- From Uritorco water flows down, many in underground, coming to form springs.

The Uritorco is a hill of 1949 m in the center of Argentina, located in the north Punilla Valley, close to Capilla del Monte, in the province of Cordoba , accessible routes provincial RN 38 and 17. Its summit is the highest point of the Sierras Chicas, formerly called Viarava. It is considered the sixth Córdoba Natural Wonder.