Biodiversity is the degree of variation of life forms within a given species, ecosystem, biome, or planet. Terrestrial biodiversity tends to be highest at low latitudes near the equator,which seems to be the result of the warm climate and high primary productivity.  Marine biodiversity tends to be highest along coasts in the Western Pacific, where sea surface temperature is highest and in mid-latitudinal band in all oceans. Biodiversity generally tends to cluster in hotspots, and has been increasing through time but will be likely to slow in the future. 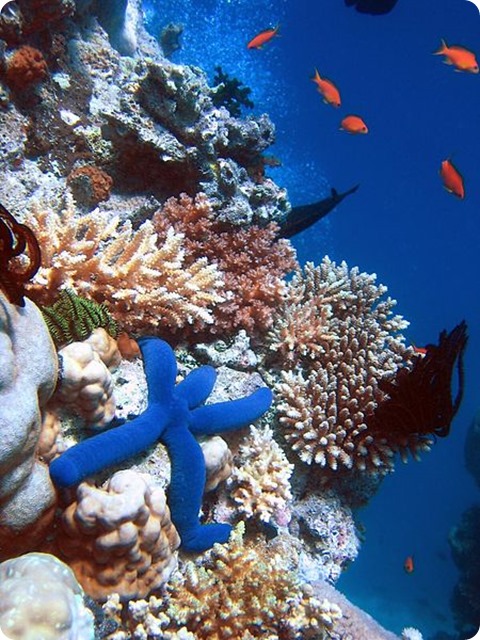 Rapid environmental changes typically cause mass extinctions.One estimate is that <1%-3% of the species that have existed on Earth are extant.

Since life began on Earth, five major mass extinctions and several minor events have led to large and sudden drops in biodiversity.


The Phanerozoic eon (the last 540 million years) marked a rapid growth in biodiversity via the Cambrian explosion—a period during which the majority of multicellular phyla first appeared.

In the Carboniferous, rainforest collapse led to a great loss of plant and animal life. The Permian–Triassic extinction event, 251 million years ago, was the worst; vertebrate recovery took 30 million years.

The most recent, the Cretaceous–Paleogene extinction event, occurred 65 million years ago and has often attracted more attention than others because it resulted in the extinction of the dinosaurs.

The period since the emergence of humans has displayed an ongoing biodiversity reduction and an accompanying loss of genetic diversity.

Named the Holocene extinction, the reduction is caused primarily by human impacts, particularly habitat destruction. Conversely, biodiversity impacts human health in a number of ways, both positively and negatively. 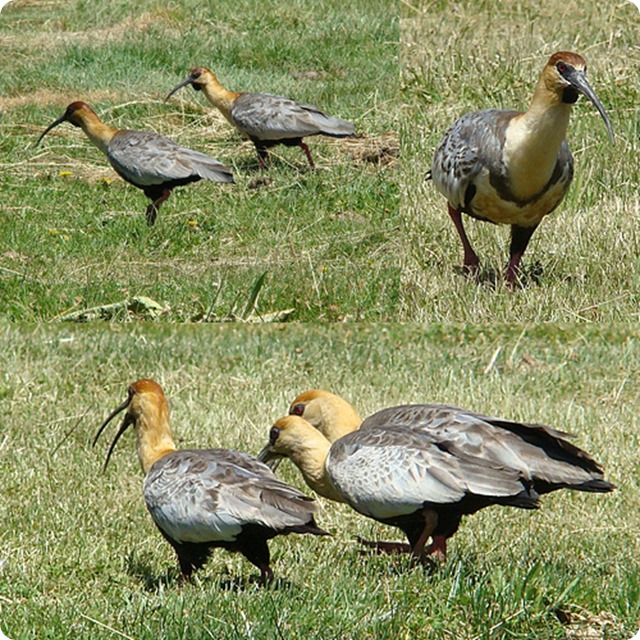 With an area of 2,791,810 square kilometres, Argentina is the second largest country in South America. Due to its extension in latitude --from 22 to 56 º SL-- its territory encompasses a variety of climates, landscapes, flora and fauna. Argentina is included in the group of the 25 most biodiverse countries in the world in terms of sheer numbers of species present.

The several types of native forests to be found in that country are strongly linked to such biodiversity levels.


Nevertheless, they have been disappearing at an alarming rate. At the beginning of the 20th century, the country had more than 100 million hectares of forests, which at present are reduced to less than 20 million hectares, half of them suffering an accelerated process of degradation.

Those supposedly responsible for their conservation have reacted with complete indifference and in some cases even promoting such destruction.The causes of the present situation are historical.


Coinciding with the conquest of the country's interior by the Buenos Aires centralized government that took place during the second half of the 19th century in the name of modernization, forests in different regions of the country entered a period of decline which has continued and worsened in the last decades.

Logging by foreign and national companies, infrastructure projects and more recently the establishment of pulpwood and carbon-sink monoculture tree plantations have been some of the major causes of forest loss. 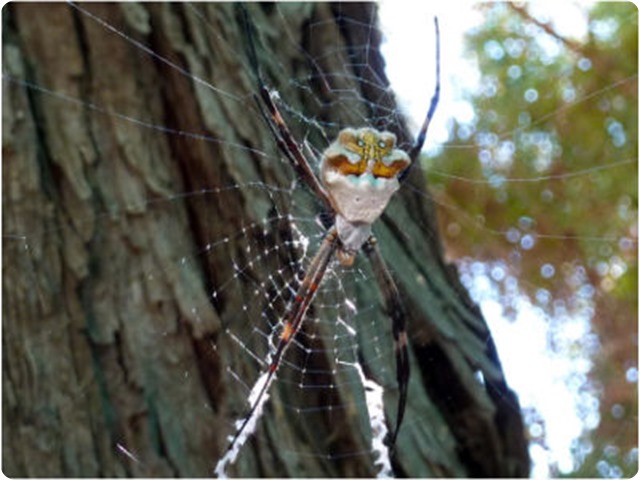 
Cases of deforestation have been reported all over the country. During the 19th century, in the northern province of Santiago del Estero a severe process of deforestation occured, which devastated the forests to the detriment of a local population formed by people of Quichua and Spanish descent.

Responsible for it were powerful European logging companies --stimulated by the government-- which once the resource was exhausted left the country leaving a landscape of devastation and poverty behind.


A similar case is that of the Province of Santa Fé, where forest cover decreased in nearly 4.6 millionhectares over the last 80 years, with a deforestation rate reaching 121,500 hectares per year between 1970 and 1984.

The British forestry company La Forestal, which began to operate in the region in 1880 owning nearly one third of the Province's area to exploit "quebracho" (Schinopsis balansae) forests, was the direct responsible for this depletion.

Social unrest caused by the exploitation of nature and people and violent repression that followed constitute one of the most serious cases of environmental conflicts in Latin America.


In central San Luis Province, the last 200,000 hectares of "caldén" (Prosopis caldenia) forests are threatened by a project to be implemented by Orinco Argentina S.A. to produce parquet flooring and charcoal for export.

This is a unique open forest in a semiarid climate, where several tree species coexist with the dominant Prosopis caldenia, such as Geoffroea decorticans, Iodina rhombifolia, Schinus fasciculatus and Prosopis nigra. The subtropical Province of Misiones, at the border with Brazil and Paraguay, is also undergoing a process of forest loss.

At the beginning of the 20th century 90% of its area was covered by a dense subtropical forest, but nowadays there are only 1,500,000 hectares left. Instead, large areas of the province are now covered by monoculture pine tree plantations mostly aimed at pulp production.


Last February the government of Tierra del Fuego Province, in the extreme south of the country, authorized the logging of 130,000 hectares of "lenga" (Nothofagus pumilio) native forests, with complete disregard of the opinion of civil society and academic circles. The beneficiary is the US-based company Trillium, which has already created environmental conflicts for its devastating activities in southern Chile. 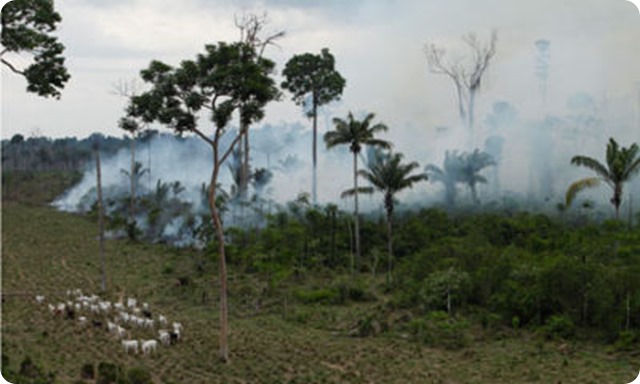 
Infrastructure works are also a direct cause of deforestation and biodiversity loss. The NGO Vida Silvestre has recently denounced the destruction of the riverine forests in the hydrologic system of the Uruguay River in the eastern province of Entre Ríos because of this reason.

In the northern Provinces of Jujuy and Salta, the Kolla indigenous people have been defending the "yungas" --one of the last remaining mountain forests in Argentina, that is the habitat of the endangered jaguar "yaguareté"-- against a pipeline project that would transport natural gas from eastern Salta to northern Chile's copper mines. Greenpeace Argentina has had an active participation in this conflict.

Last but not least, tree plantations with fast-growing species are posing a major threat to biodiversity in Argentina. Carbon sink plantations --together with the more traditional pulpwood and timber plantations-- are increasingly being promoted as a "solution" to climate change and could result in further forest loss. 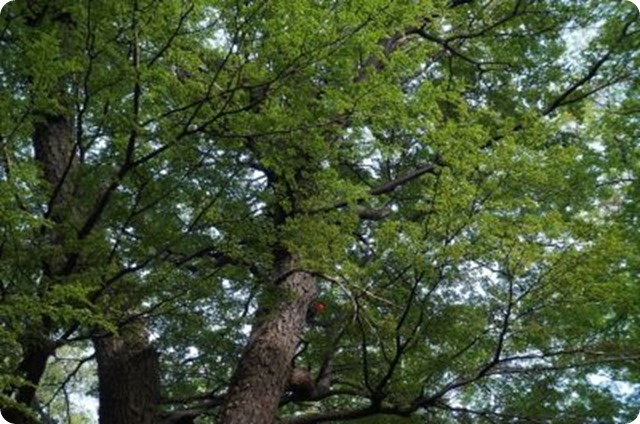 
In May 2000 the company El Foyel S.A, in an area located near the Nahuel Huapí National Park, in the southern Province of Río Negro, began to log 300 hectareas of native forest to substitute them with oregon and radiata pine plantations for a carbon sink project.

Native cypress trees, as well as "ñire" (Nothofagus antartica) and "maitén" (Maytenus boaria) were cut down. The quick and strong reaction of local dwellers and the environmental NGO "Comunidad de Limay" prevented the project to continue.

Principles and Basis of the Process of Preparation of the National Biodiversity Strategy.


A document titled "Principles and Basis of the Process of Preparation of the National Biodiversity Strategy" states: "The Government and the People of the Argentine Nation know that it is vital to maintain an environment rich in species and ecosystems. They are concerned about the loss of the values and ancient knowledge kept through the years by different cultures and communities that live in the country.

Moreover, they consider that conservation of such richness is important for the country and in the best interest for humanity". Nice words ... but there is still a huge gap between such nice wording and reality. 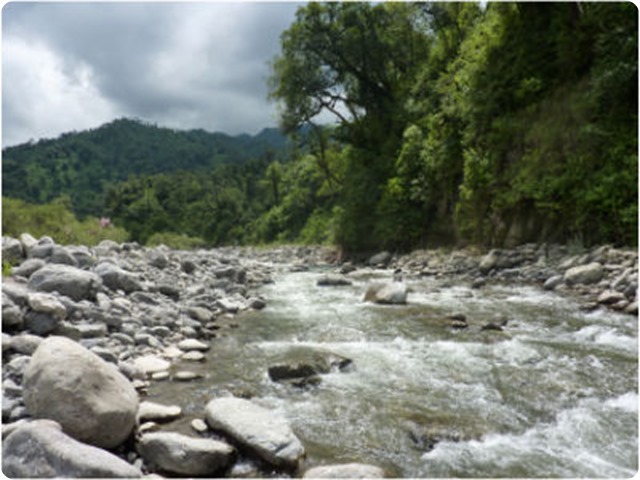