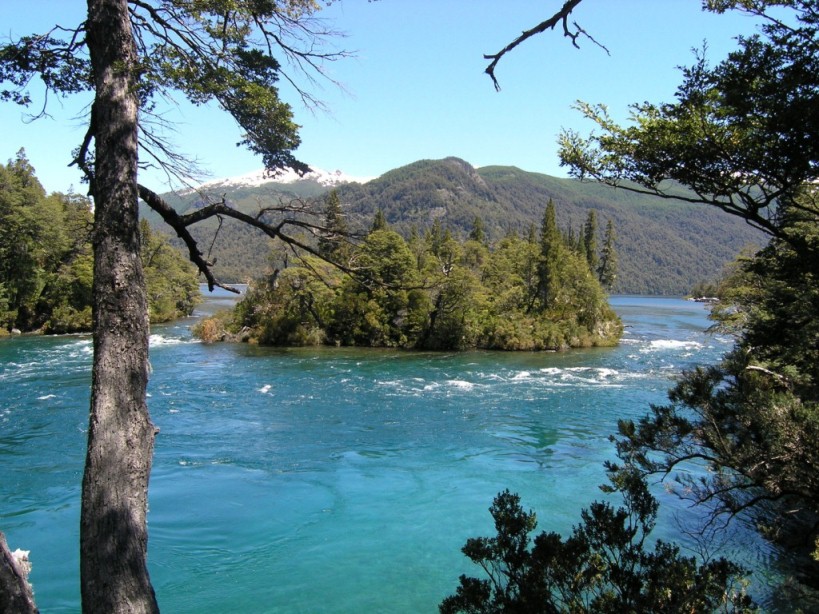 The National Park the Larches is a great protected area that is in the Province of Chubut, Argentina. It embraces to the Futalaufquen Lake, the Arrayanes river, lake Verde and Men&eacute;ndez. By its incredible landscapes one of the most beautiful parks of Argentina is considered.

It was created in 1937 and it has a surface of 263,000 has. The foundation of its creation is the protection of the forests of lahu&aacute;n or larch, one of the trees of greater longevity of the planet, that got to be in extinction danger

The atmospheres of the protected area can be fitted in the echo-regions of patagónico forest and of stops You walk, is to say a cold tempered climate, with great estacionalidad.Los to invier to us are rainy and with snowed, the dry summers, with fresh nights. In the area is a complex lacustrine system of numerous rivers, water streams and mirrors.


Flora
Near 4,000 millimeters of annual rain they turn to this region in one of the richer forests Andean-patago'nicos in vegetation: the valdiviana forest. In this atmosphere, the larch or lahuán distinguishes themselves, a gigantic conifer that at beginnings of century XX was on the verge of disappearing by the uncontrolled operation.

The Argentine Patagonia has the older and dense wooded privilege to have one of the formation of this ancestral species, still considered sagrada by the indigenous populations.

To the flanks of the Menéndez lake, the majestic units have a considered age of 4,000 years and reach 70 meters of height and 3 of diameter. the Arrayanes River the Arrayanes River Towards the east, the transition with the steppe marks less leafy forests where they grow maitén and the cordillerano cypress. Also the radales, arrayanes, ñires, lengas and maquis cover mountains and conform a landscape of incredible beauty clarified by rivers and lakes. 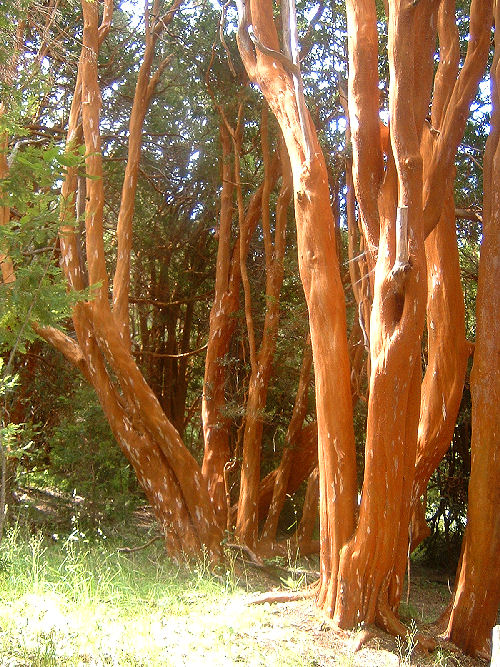 The exotic flora, brought by the European settlers, represents in this National Park a serious problem to conserve the native vegetation. The mosqueta rose, the lupino and the daisy, among other plants, began to disperse without aid by the edges and clear of the forest, moving to the original ones Also, the illegal wood operation and fires they prevent the recovery of the different arboreal species that are of slow growth and take in covering slopes, favoring the erosion. 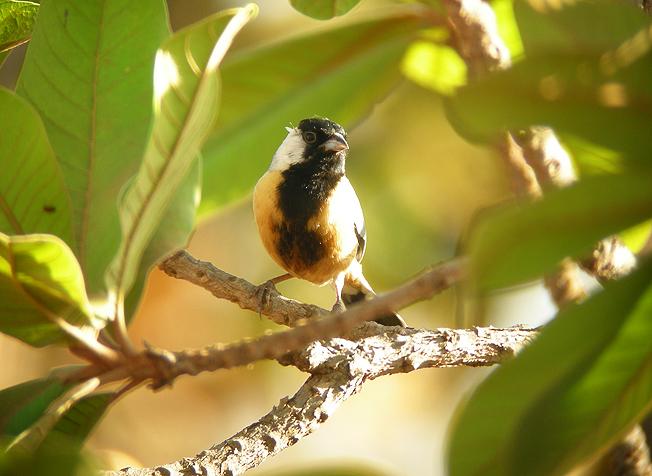 Besides to nest birds like chucao, the patagónico black carpenter, pitío, caburé, cotorra austral and the patagónico zorzal, the National Park the Larches is refuge of many species in danger like the pudú, the araucana dove, the cat huiña, huillín and mainly huemul.  This natural red deer of the Patagonia can be observed in the Riscoso hill, declared critical zone for the conservation of the species. Like in other Parks of the patagónico south, the introduced species, like the colored red deer, the red deer lady, the wild boar and the hare, cause a serious impact to the forests.

Therefore also in this protected area a system of boundaries of hunting with limited extraction is allowed. The mink was introduced between years 1945 and 1960 to supply to the market of skins local, mainly in Cholila, locality located to the northwest of the National Park.

In the decade of ` 70, several were released and they were multiplied, dispersing by all the Andean region of Chubut and Ri'o Negro. Of carnivorous habits, the mink attacks young and adults of birds and terrestrial or aquatic mammals, threatening the native fauna. Equally, the pudú is attacked by the asilvestrados dogs. The furtive hunting puts as much in danger to huemul as to puma, both appraised exemplary for the hunters.
Natives


More ago than 3,000 years, the first natives who settled in the region were hunting-recolectores groups that occupied the valley of the Desaguadero river.

With bones of animals and stones they made boleadoras, ends of arrow, striker pins to sew leathers and devices of milling. In the walls of his eaves they made cave paintings with geometric reasons, labyrinths and schematic human figures, very similar to the found ones in the northwest of the Patagonia.

Their descendants were the araucanos groups tehuelches and, that modified several of their attitudes and ways of life after the arrival of the Spaniards. Its main incorporation was the horse, that produced great transformations, among them the greater mobility of the groups.

The Campaign of the Desert (1879-1883) finished with the disarticulation of the indigenous populations. At the present time, families exist mapuches who live in the zones bordering to the Park.
Hydric system

The park counts on a set of 9 lakes like the Futalaufquén, Menéndez, Rivadavia, Krügger, Green, Swan, Stange, Chico and Amutui Quimei, being a this last dam originated by the Futaleufú prey, some of these lakes are connected by diverse Futalaufquen Lake Futalaufquen Lake rivers until arriving at a the dam, where this I complete gives the birth of several rivers.

The important torrent but, laughed Futaleufú, ends finally after crossing the border in in the Pacific Ocean.
The tourist city Villa Futalaufquen is within the Park, is Intendance and the Center of Information and Museum there, where it is possible to be obtained data and to be acquired fishing permissions. The place counts on free, rustic and organized station on watch, telephone cabins, restaurant, proveeduría, campings, cabins and hosterías. The park through more can be known than twenty peatonales footpaths and numerous ways vehiculares. In order to accede to the National Park it is necessary to go to the city of Esquel. From there, by the National Route Nº 259 joining with the Provincial Route Nº 71 that crosses the area protected in direction the north-south. By this way it is arrived at Villa Futalaufquen, where the administrative center of the National Park is located.

The Route continues towards the north of the Park uniting Villa Futalaufquen with the National Route Nº 258, course to the City of the Handbag.

The city of Esquel has an airport (to 38 km of the National Park) and a terminal of omnibus, which offers greater possibilities from access to the protected area.