It is the bigger of two remnant parts of the Patagonian Ice Sheet, which covered all of southern Chile during the Last glacial period, locally called the Llanquihue glaciation. 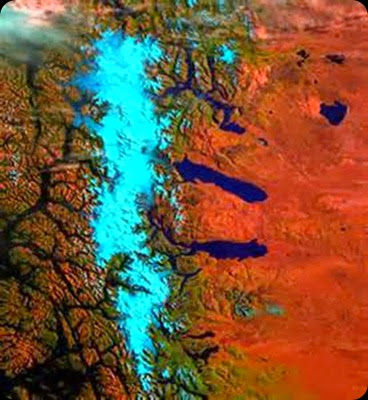 An important part of the ice field is protected under different national parks, such as the Bernardo O'Higgins and Torres del Paine in Chile, and the aforementioned Los Glaciares in Argentina.

There are two known volcanoes under the ice field; Lautaro and Viedma. Due to their inaccessibility they are among the least researched volcanoes in Chile and Argentina.

Thorough explorations include the expeditions of Federico Reichert (1913–1914), Alberto de Agostini (1931), and Harold William Tilman and Jorge Quinteros (1955–1956); as well as Eric Shipton (1960–61). First full (North-South) crossing of the field was accomplished in 1998 by Pablo Besser, Mauricio Rojas, José Montt and Rodrigo Fica. Nevertheless some areas of the field remain largely unexplored

From the air, initial exploration was conducted in 1928-9 by Gunther Plüschow after whom a glacier is named. It was further studied in 1943 by aerial photographs made by the United States Air Force on request of the Chilean government.

Toponymy of the region. 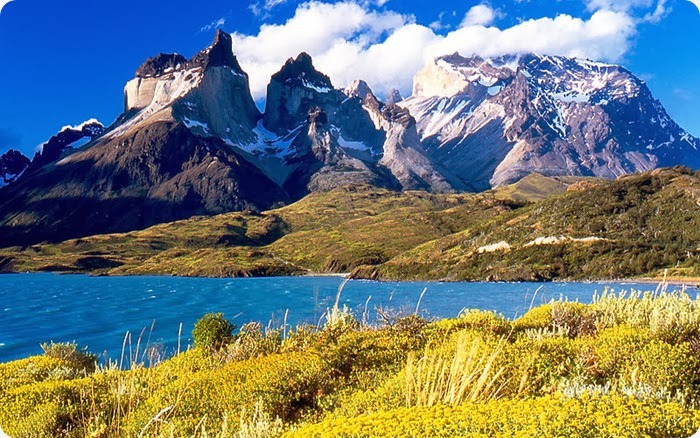 Fifty kilometers of the Chile–Argentina border, between Mount Fitzroy and Cerro Murallon, remain undefined, on the ice field.

This Southern Patagonian Ice Field section of the border is the last remaining border issue between Chile and Argentina. On 1 August 1991 the governments of Chile and Argentina agreed on a borderline, but the agreement was never ratified by the Argentine parliament. Later, in 1998, both governments explicitly agreed that the line would run along the high peaks and watershed (as specified in their 1941 treaty) northward from Cerro Murallon to a point on a line of latitude due west of "Point B" that was specified in the 1998 agreement a few km southwest of Mt. Fitzroy. However, they also agreed that final demarcation and exact location of the line there would wait until completion of a detailed 1:50,000 scale map of the area and further negotiations. To date, this one section remains the final non-concluded boundary section and an occasional irritant in Argentina-Chile relations.

In 2006 the Argentine Instituto Geográfico Militar (IGM) edited a map without a note on the region, instead drawing Argentine claims to the official borderline. After Chilean diplomatic protests the Argentine government withdrew the map and urged Chile to expedite the demarcation of the international border that was already established by both countries in the 1881 treaty. However, many in Chile consider the border to have been established by the "Laudo of 1902" which was an agreement signed "to perpetuity" by both countries under British tutelage. The map published by the British Crown, as part of the documentation of the "Laudo of 1902", illustrates a clear demarcation line (from the Fitz Roy to the Stokes) to the east of Campo de Hielo Sur leaving most of the territory in question in the Chilean side (Santis, 1995:3-7).[4] This is the cartography used by many international map publishers -for many decades- although recently (post 2007) some new international maps show the Argentine claim as the border line. 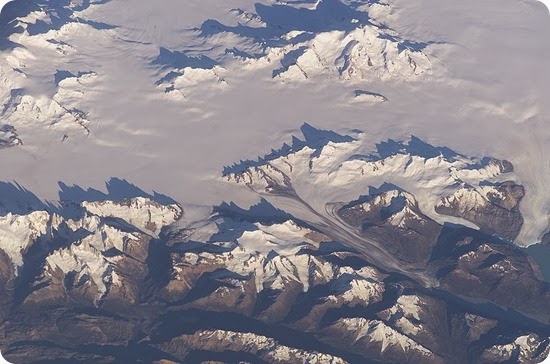