Lake Musters and Lake Colhué Huapi (45°25′S 69°11′W, 260 m) form the terminal stage of the Senguerr river endorheic basin, located in the patagonic central region of Argentina in the south of Chubut province. 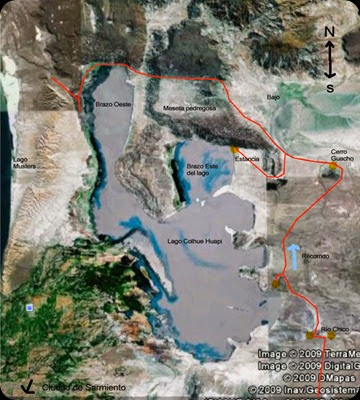 The basin lakes are fed mainly by the eastward running Senguerr river which begins its journey in the glacial lakes La Plata and Fontana in the Andes Mountains The inflow ranges from 35 to 54m³/sec and varies seasonally and yearly greatly.

Both lakes suffer naturally of a severe evaporation process in the dry patagonian environment by means of strong winds action and solar radiation. In shallow Colhué Huapi evaporation is much increased. In past decades, when excessive inflows did take place, water discharged to the birth branches of Chico river and eventually reached Chubut river. This occasional process last happened in 1939, since then Chico river is mostly a dry one. 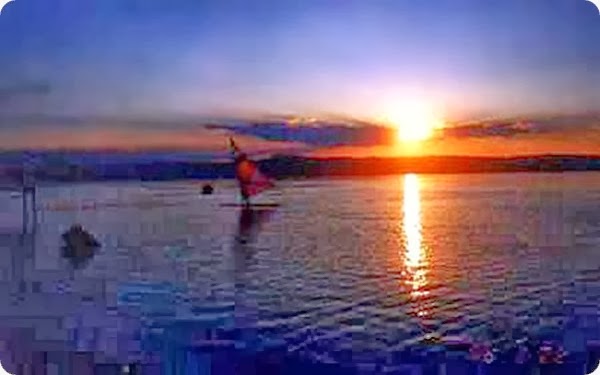 This lake, once called Otrón by the ancient tehuelches, received its current name in 1876 from naturalist and geographer Francisco Pascasio Moreno who aimed to honour the patagonian adventurer George Chaworth Musters.

Musters occupies a cretacic conformed depression in the central patagonic mesa. It receives the highly branched inflow of Senguerr river by its southern coast after a 350 km voyage from the Andes.

Several of those branches reach lake Colhué Huapi by a sinuous course called Falso Senguerr; the only permanent one feeding such lake. 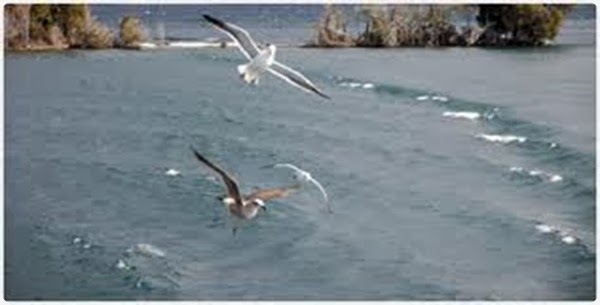 The lake is of tectonic origin, with average depths of 20m, which gives a deep blue water hue. It is considered mesotrophic, considering its nutrient and algae mass (<5,2 g/m³).

Also, as it's the case with most patagonian lakes, foreign salmonidae have been implanted, like Salvelinus fontinalis, Oncorhynchus mykiss, and in lesser amounts, Salmo fario. These species have added environmental pressure over two native species nowadays endangered in the lake (Diplomystres viedmensis mesembrinus and Galaxias plate. 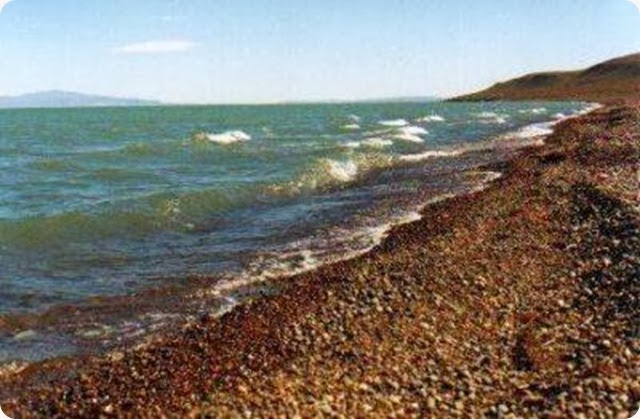 The name of this large water mirror comes from the mapuche language. Colhué means "reddish or red place" and Huapi means "island". It is a reference to one of the many clay conformed islands of such lake.

Colhué Huapi fills a shallow depression formed by strong eolic action over an area of fine clays. It is fed by Falso Senguerr river, a sinous branch of main Senguerr river. The lake coast is dominated by extensive wetlands mainly at its feeding zone. In contrast to its neighbour Musters (separated by a 12 km wide 695 m high isthmus) Colhué has an average 2 meters depth and high water turbidity due to suspended sediments deposited by constant wind.

It is considered an argilotrophic brackish water lake because of its high levels of inorganic sediments in suspension. As with lake Musters, and despite the high water opacity, patagonian perch and silversides have large populations. Of high interest is the native big mouth perch (Percichthys colhuehuapensis) currently endangered by pressure of human introduced foreign salmonidae.

Several water offtakes have been progressively placed at lake Musters for drinking water supply, as well as many diversions of Senguerr river to feed oil extraction facilities in the nearby region. This complicated the already resented hydro balance of the whole system to the extend of almost collapse at Colhué Huapi whose peripheral surface continuously retracts and dries.[3] The hydrological equilibrium of the whole basin has been negative in the past seventy years. Currently these lakes situation could be defined as compromised.