The Artwork of Florencio Molina Campos

My introduction to the work of Florencio Molina Campos came in the form of a dishtowel, of all things. One day, while digging through a drawer filled with linens in Daniel's grandmother's kitchen, I happened upon a cotton cloth adorned with the image of a gaucho aboard a wild-eyed mount. The artist's unique style made an immediate impression upon me, and I vowed to find out more about the man whose name I saw emblazoned in the corner of the image. 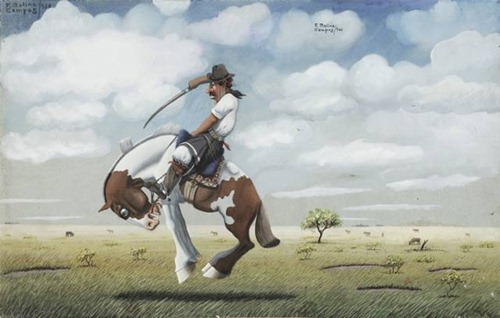 Born into a well-to-do family from the city of Buenos Aires, Florencio Molina Campos could have easily adopted the lifestyle and interests of a city slicker, yet it seems that his experiences out in the Argentine countryside ultimately shaped the course of the artist's life. Although his family's primary residence was located in the capital, Molina Campos spent a great deal of time on his father's estancia (ranch) in the province of Buenos Aires. Some years later, the family moved full-time to an estancia in Entre Ríos. A keen observer of rural life from early boyhood, Molina Campos went on to record the details of faces, clothing, animals, and landscapes in his artwork. Even the descriptive titles of his works imitate the speech patterns of Argentina's paisanos.

His whimsical, caricature-style portrayals of gauchos, horses and other elements of life out in the country, rendered in his unmistakable style, earned him fame both within Argentina and abroad. 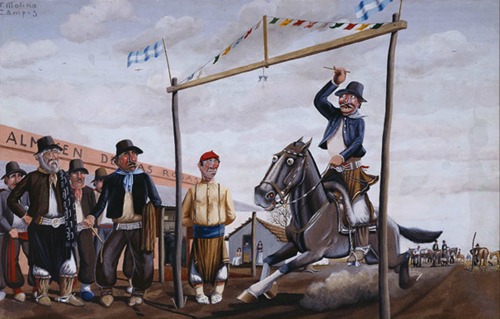 Some of Molina Campos' paintings of gauchos and assorted country folk may seem quite comical and, perhaps, even jeering, but the truth is that the artist regarded the gauchos with great fondness. Concerning Molina Campos' view of his subjects, respected Argentine art critic Cayetano Córdova Iturburu noted: "The unexpected was that the artist viewed the gaucho as the gaucho saw himself. He wasn't the poet's gaucho, or the historian's gaucho or the gaucho of the world of fantasy. He identified with them, and saw them through their own eyes, and looked at them with fun and affection."1 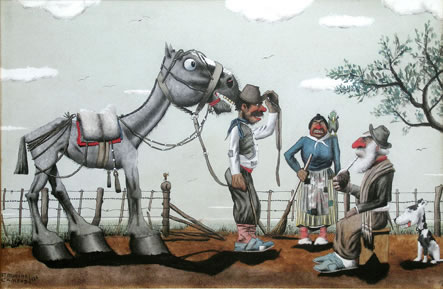 Molina Campos dabbled in watercolors, pastels and oils, but he found that tempera was his preferred medium. For the most part, he painted on paper, cardboard, canvas or wood, but he was even known to use ravioli boxes when other materials were scarce. 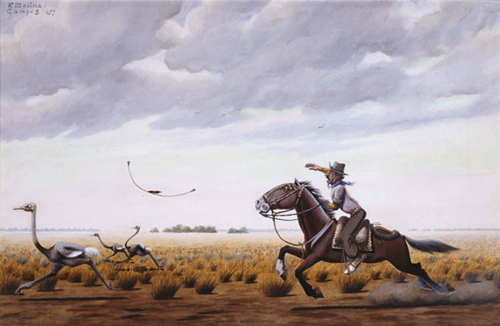 As a completely self-taught artist, he did not always stick to conventional wisdom when it came to technique, and his unique style frequently drew criticism from other artists of the period. For example, rather than following the rule of thirds, Molina Campos tended to place the horizon very low on his paintings, lending greater importance to the expansive skies he observed while living on the pampas. 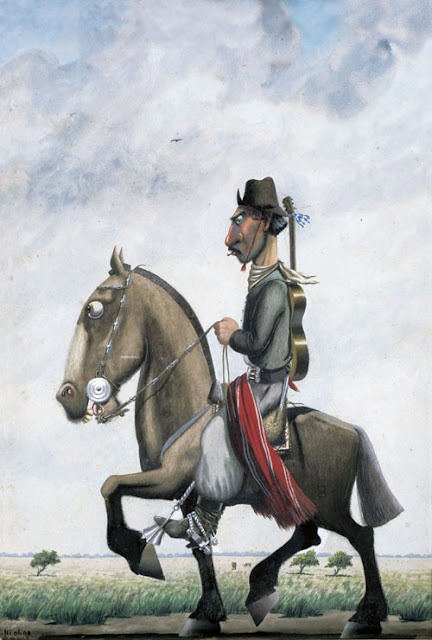 Molina Campos became a household name in the 1930s when he was commissioned by the Fábrica Argentina de Alpargatas, a manufacturer of traditional shoes, to illustrate a company calendar. The calendar made its way into homes and businesses across Argentina, turning Molina Campos into one of the nation's most widely known artists. 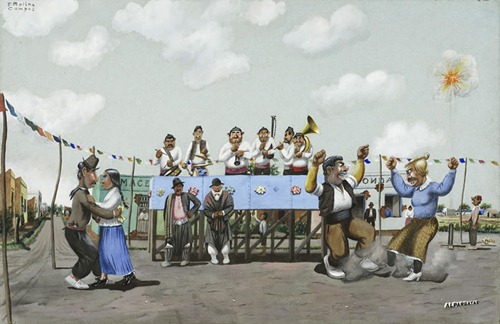 On the heels of his success with the artwork for Alpargatas, Molina Campos received a grant to study animation in the United States. He consulted on a series of three films that Walt Disney was working on at the time. Although Molina Campos eventually severed his professional ties to Disney—he disagreed with Disney's portrayal of gauchos and traditional life in Argentina—the two remained friends for a number of years. Once Molina Campos quit the project, Disney decided to combine the three movies into one, an animated film known as Saludos Amigos. [Watch an entertaining clip of El Gaucho Goofy from the film.] 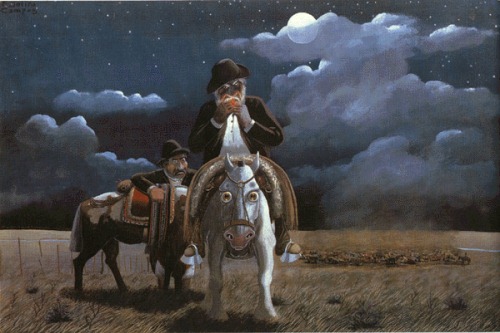 Molina Campos' work was exhibited at museums throughout the United States and featured in American publications including National Geographic, Saturday Evening Post, Time and Life. He was even hired by the American company Minneapolis Moline Power Implement Co., a manufacturer of farming equipment, to create a calendar similar to the one he illustrated for Alpargatas. He agreed to take the job on one condition—that he could feature his beloved gauchos and country folk. 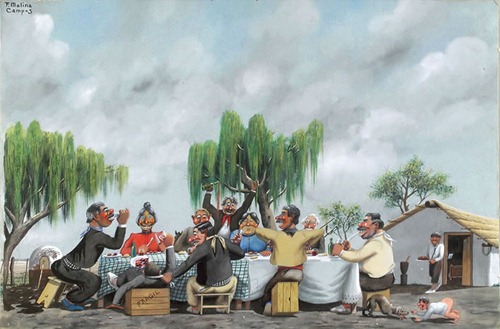 Molina Campos' paintings and illustrations continue to enjoy popularity, and today he's considered one of Argentina's great folk artists. The authors of Culture and Customs of Argentina sum up Molina Campos' contributions like so: " [he] achieved in painting what such authors as José Hernández (1834-1886), Benito Lynch (1880-1951) and Ricardo Güiraldes (1886-1927) accomplished in literature: the transformation of the figure of the rogue gaucho into a positive national symbol and a hallmark of Argentine identity."2

And most importantly, let's not forget that his work makes for some truly special dishtowels. 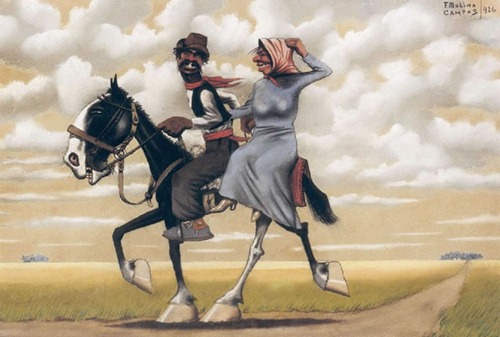 If you're interested, you can view the official catalogue of Molina Campos' worksonline at the Fundación Molina Campos website. Should you find yourself in Argentina, you can see Molina Campos' works up close and personal at one of two museums, both located in the province of Buenos Aires. The Museo Molina Campos de Areco, inaugurated in 2009, showcases 65 works, personal objects, photos, and books from the collection of Octavio Caraballo. The museum in Moreno, featuring more than 100 of the artist's works, recently reopened after a long-term restoration effort.