Grow respecting the world, sustaining identity has been a perennial challenge of indigenous cultures.

Hold the identity has been a perennial challenge of indigenous cultures . The education of younger plays a key role in that path Aboriginal walking our country and the world, always looking revalue its roots

A key to the persistence of indigenous cultures over time has been the stand knowing their identity. A value that have been preserved over the centuries.

When the Indians claim their right to land, to exercise their own forms of government, a bilingual education for their young, or where demand respect for their ways to communicate and to honor the gods, when they claim some of this, they are talking of their identity.

The claims are evident with increasing force. Even among adolescents and young people who, until recently, tended to emigrate from their home communities to large urban centers. They lost their values ​​there generally denied their indigenous status and personality quickly diluted in the anonymous collective, uprooting definitely. 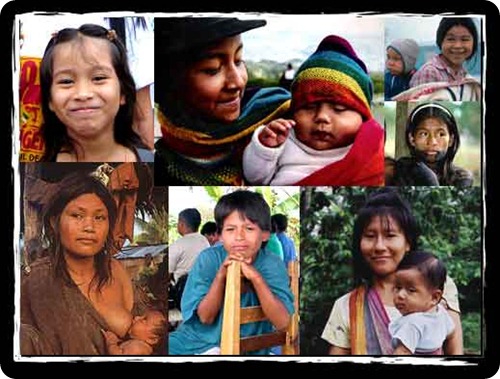 Since the 80s, with the democratic impulse and indigenous recovery movement expands across the continent begin to reverse these trends, although we still imperceptible.
What is happening? That appreciation of identity, that particular world view and life is being manifested not only by the community leaders but also increasingly young indigenous world-even those living in the cities-which are in ancestral values ​​the key to knowing who they are. Indian youth begin to feel pride in belonging to indigenous cultures aside shame and denial, feelings that prevailed until not long ago.

This recovery of "indigenous" also extends between the "whites" who, seeking to recover missing values ​​for society and trying to overcome the unifying message of globalization, they find indigenous cultures and wisdom. There is then a territory of encounter. A culture-indigenous-that recovers the traditional values ​​and the other-the Western-looking for a new way of life that transcends a model that clearly shows signs of exhaustion.

Is there in that territory-in meeting our Foundation talk about "convergence process" - something in the conception of adolescence and education among the Indians that we serve? I think so and, without falling into the "myth of the noble savage", I think a part of Indian education can serve us all, not only to the Indians, to strengthen this area of ​​confluence of which I speak.

In early 1999 a business consultant named George Hambra published an article called "The Seven Principles Sioux". Although they seem very far, modern theories of leadership and managment-human-resource development in companies, have points in common with the educational processes in indigenous communities.

For the culture of the North American prairies, hunting and defense were key objectives. The young Sioux, between 12 and 14 years had become a hunter and warrior. But first met three stages: first, as a child, his father provided a small bow and arrows with which he had in his first dam sometime, which was of big receptions by his family. In the second stage, and about 10 years, I trained with a bow much larger, with which he hunted deer. As a teenager, in the third stage, went hunting a bison with real weapons. If returned to the dam had become an adult.

These stages were met amid a formative conception that included seven fundamental principles;
- A sense of purpose: no apprentice was unaware of the purpose for which it was being polite.
- The absence of avergozantes actions: the tool / weapon that was learned at the height of their potential.
- The presence of a teacher that enables learning.
- The learning process structured in stages: it is most encouraging to know the milestones that a very long road nonstop.
- The relative valuation: everything was valuable, a bison hunt or catch a mouse, everything was framed in relation to the person's ability, once again avoiding the humiliation against the stronger and more experienced.
- The social celebrate personal successes: all personal success was considered a contribution to the tribe as a collective.
- Taking care of your self-esteem of the individual: the Sioux avoided not only embarrass the teenagers apprentices but were not granted awards which did not fall. 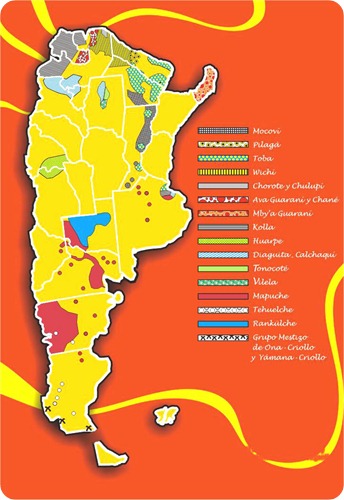 Education in our cultures.
If we look at the education of adolescents in our native cultures, we mention some examples that follow the same line of education.

1) Education starts after specific rituals. For example, the piercing of the ears of girls in the four years between the pampas (chilquen ceremony) and the Mapuche (tasted cahuin). No systematic reprimand the child / youth to not discourage and stifle their initiative, very important to your future as a person (pampas). It is customary to treat them with kindness, patience and a lot of affection (usually in all groups, including highlights wichí).

2) teaches the word as a gift, the importance of saying, knowing expression as a means of communicating to others (Mapuche tehuelches ranqueles). Along with it, drive the children learning from the origin myths of the community, from the lips of the elderly.

3) transmits the "life plan" arises from certain disclosures (among the Mapuche, the big boss Calfucurá started after finding his way when he was a child, his magical blue stone thereafter used as a talisman ). Something similar happens with teens sioux after his return from vision quests.

4) they train on respect for elders, disregard for theft and envy, being generous and hospitable teach (Guarani, Kolla).

5) impose the observance of the rites of passage for girls: the "pretty house" (tehuelches), the vilchatum (Mapuche) and also building a special house among the Guarani.

6) They mean the bathroom as a symbol of purification. Not only newborn bath but daily baths along lifetime. Purification as usual ritual before starting the day's activities (pampas, tehuelches, Guarani, abipones).

7) Transmit the world's gradual passage teenager to adult (chiriguanos children were initiated into the secrets of the war through games, pampas, and Mapuche tehuelches 10 to 12 years participated in hunting trips and after 15 or 16 took part in the fighting as warriors rearguard; among the Guarani symbol of passage to adulthood was tembetá placement, a small object under the lower lip).

Election of healers teenagers for being a different (Mapuche).
We could add many more examples, but these are sufficient to introduce the subject, which in turn is related to the respect that indigenous communities have the two ends of the life cycle of people: the elderly and children. Hence the importance of a good education, a healthy training as a people, to make them feel like adults then confident and able to walk on their own feet.

There is also a common thread throughout the indigenous approach to children and adolescents, which is the integration of the worldview of the community with the formation of the person. Is that where the young is permanently full with the feeling that the blanket as a person and what ultimately makes sense. I live as the refuge of his identity, the protection for someone who still is building his personality.

This is, in short, part of the message that Indians have for themselves and for us, especially for teens that come to life. 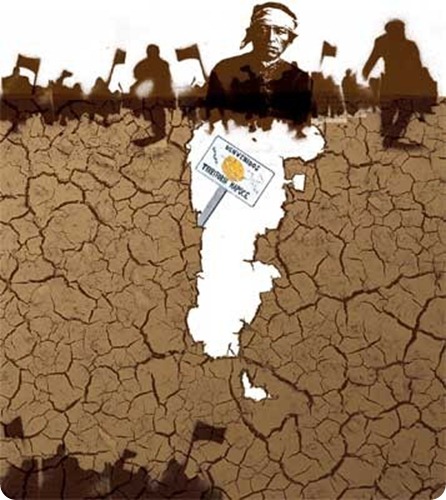