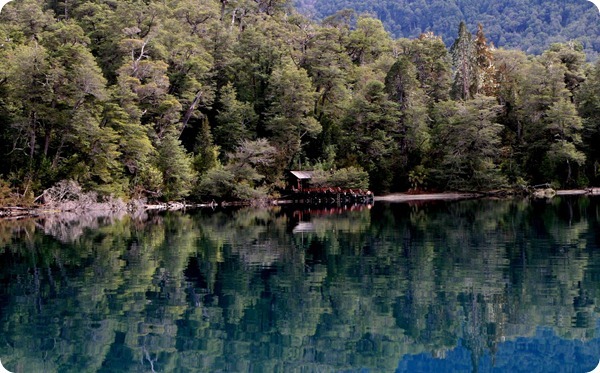 The Los Alerces National Park is located in the west of the province of Chubut.

It has an area of ​​259,570 hectares belonging to the Patagonian Forests ecoregion.

Decree No. 1937 105 433 set for different areas in the Andean Patagonia status reserves bound for the subsequent creation of National Parks.

One of these territories was the Reserve Larches.

In April 1945, through Decree No. 9504 Law, ratified by Law No. 13.895 Law, National Park declaring several reserves and including the Reserve Los Alerc is, which from that moment assumed the category of Park National. 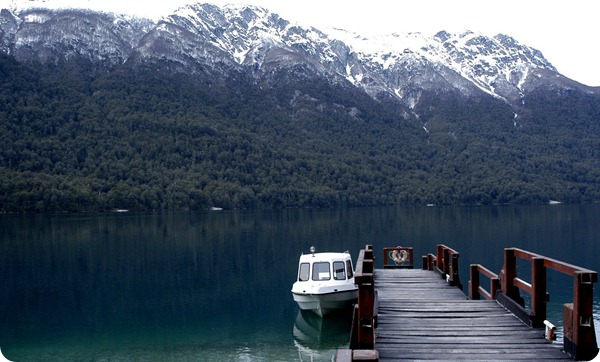 rom the city of Esquel, Chubut, RP 259 and RN 71 to Villa Futalaufquen, where the administrative center of the park (52 km) is.

It is also part of Esquel to access the south, by RN 259 to Trevelin and the road to Futaleufú Hydroelectric Complex (45 km). 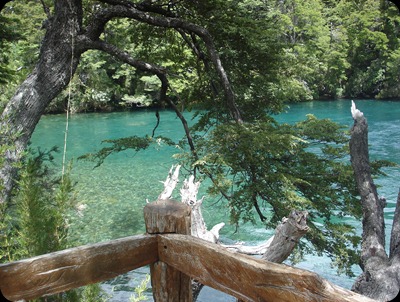 Other means of transport.

Esquel receive three weekly flights from Buenos Aires (Monday, Wednesday and Friday) and buses from almost all parts of the country.

From there you can go to the park by car and truck rental, taxi, remise or using the services of a travel agency.

There is also a daily bus, which touches Villa Futalaufquen and points of interest located on the edge of the RP 71. 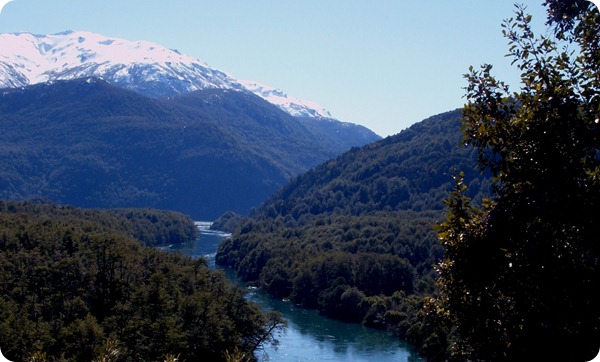 It is located in the ecoregion of the Patagonian forests.

Warm to cold and wet. Average temperatures in the lowlands range from 14 ° C in summer (in excess of 30 ° C maximum) and 2 ° C in winter (with minimum of several degrees below zero). Between 800 and 3,000 mm annual rainfall from east to west, concentrated in the winter. Snowfall common in colder months.

It is recommended to visit in late spring, summer and early autumn (November-April). 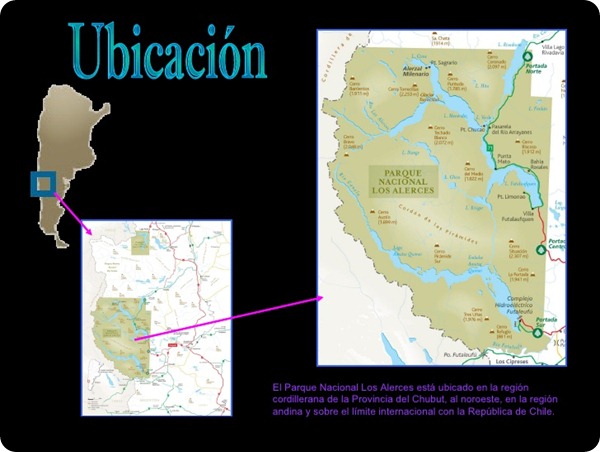 In the Cordillera crossed by lakes and glaciers, the National Park contains the portion of Valdivian forest of major proportions on Argentine soil. 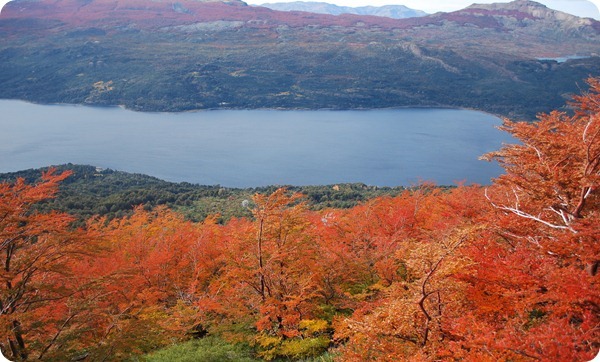 There, in the North Arm of Lake Menendez Alerzal the longest known it is. One of its members is almost 60 meters high, over 2.20 meters in diameter and 2,600 years old.

Undoubtedly larch is our longest and stout tree species. 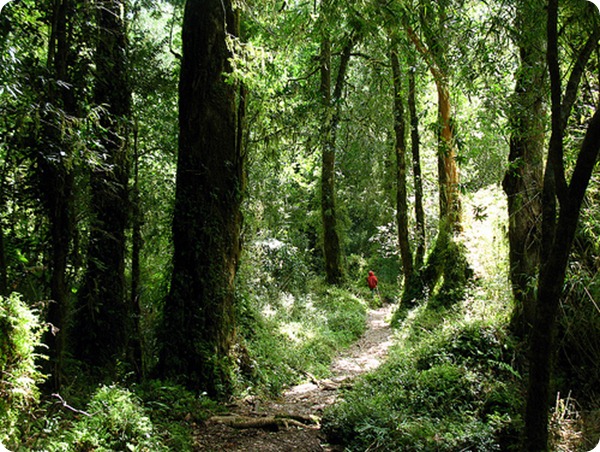 Among vertebrates stand out species of mammals like the Pudu or fawn, the huiña cat, some major populations of the species of the huemul; birds like the torrent duck and dove Araucaria; and amphibians like the frog and the frog graceful Batrachyla Fitzroya, exclusive of Lake Menendez where it was recently discovered. 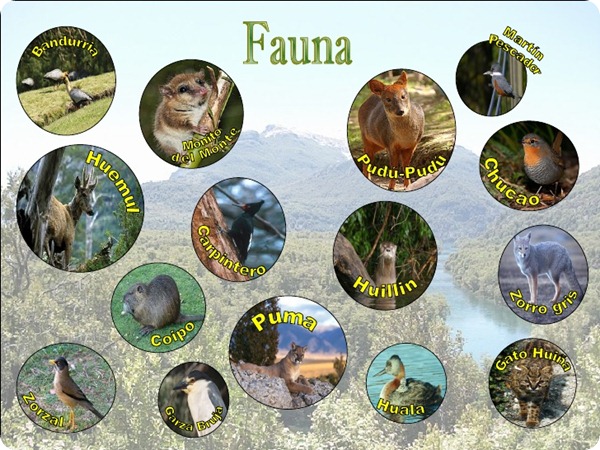