Exist within the tourist circuit different places that are worth visiting for its historical, artistic, paleontological, or just for cultural record saved in the northern region of Patagonia. 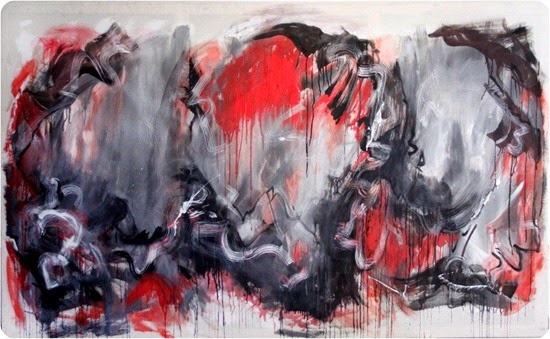 On December 9, 1984 visit the members area of ​​the Federation of Friends of the Museum (FADAM) from Buenos Aires and from that moment the Friends of the Municipal Museum of Fine Arts home becomes part of the Federation.
The aim of the museum came up with a dual purpose, first the making available to the public a remarkable body of work and secondly, to value and awareness of the responsibility that we in the conservation of artistic heritage the community. The museum offers exhibitions and exhibitions of local, national and international artists, as the latter shows "Demoiselles d'Avignon" by Pablo Picasso.
The museum is located in Villegas and Sarmiento streets.


Provincial Museum of Natural Sciences The Provincial Museum of Natural Sciences, created by law in 4077 to preserve, protect and have the protection of the natural and paleontological heritage of the province of Black River. Although it is not opened to the public as a whole, inside pieces found in the region will be on display, there will be educational and recreational tours of Cretaceous landscape scale. 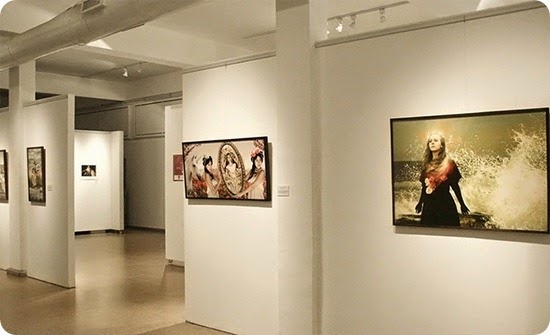 Note regarding "The Future of Rock Pompidou" Sixty paces south of modernity imposed by Apple Monument, downtown Rock keeps mysteries, born millions of years ago, but are about to be revealed to the eyes of southern Argentina.

There, where the corridors knew balances and transfers, credits and taxes, the story will end closing the chapter thought building in the 70s for the Bank Black River Province. But the clock will move forward but reverse to the Triassic, to spice from the oldest Mesozoic Patagonian period Museum of Natural Sciences.

The corner of Rock Avenue and Isidro Lobo showed his new image for the first time to the public on August 31, 2006, on the eve of the anniversary of the city. And if that day were expectations fueled by the innovative design of the building, knowing how the space will culminate once armed exhibitions not only increases the feeling that its opening will mark a before and after for the life of Rock .

This transcendence of the work can be analyzed from two perspectives: first its architecture, which complies with the standards established in 1971 by a group of professionals who won the competition to build the branch of Banco Provincia, but applied to a museum acquires a higher dimension.

Another positive impact has to do with the scientific. Laboratories, computer rooms and library will shape a unique research center in Patagonia, which aims to end the duplication of effort that occurs today, with expeditions in professional fields that make the region but studying in Buenos Aires or abroad.

To achieve this goal will be a mutual cooperation with oil companies and international institutions associated with the natural sciences, and Max Planck Institute, Field Museum of Chicago, Pangea Group (Network of Italian natural museums), Félix de Azara Foundation and universities, museums and NGOs Argentina and abroad. It also provides for mutual assistance and collaboration with museums and enrichment rionegrinos researchers.
All this scientific core is held in the basement of the building, taking advantage of each of the spaces. 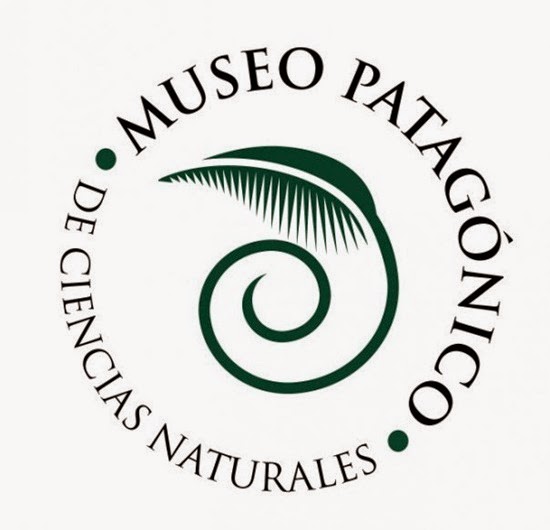 Modern and teaching: But how will the Patagonian Museum of Natural Sciences on the inside?
"The idea is to give a didactic sense, from modern concepts and mobile objects for those who visit once again be" explained Jorge and Pablo Chafrat Nori, secretary and treasurer of the Foundation.

Thus, crossing the first and second floor close contact with collections of approximately 5,500 copies prepared for display is taken.

Each visitor will then know much more about invertebrate paleontology and Río Negro, Argentina and abroad vertebrates; paleobotany; vertebrate and invertebrate zoology; Patagonian malacología and elsewhere; rionegrina entomology and mineralogy and the planet.

Among others, for "face to face" with animals reproduced in actual size will be the mother of the baby dinosaurs found months ago in the department El Cuy. In view of all with its 13 meters long and 9 high, will rear its head for the second floor of the museum.

The display mode is the level of the most recognized in the world museological institutions, anticipating that besides the permanent collections have rotating samples linked to curriculum of the province of Black River, so that teachers and students can take advantage of different educational levels.

Schools also have the chance to get personal loans from some collections.

Moreover, a series of educational and interpretive circuits help to understand the development of current and past natural environments.

On the second floor will also work an audience of 70 people and a themed bar, with a direct view to the Canalito and the Monument to the Apple. (Black River Journal 03-12-06). 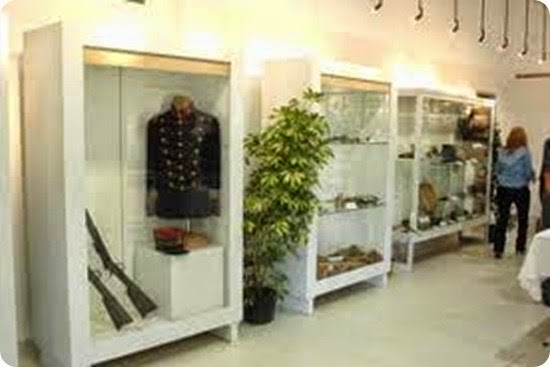 Vintter Lorenzo Regional Museum. The creation of Lorenzo Regional Museum Vintter arises thanks to a group of neighbors gathered in the center of the Magisterium "Sarmiento". While the founding meeting was held on December 17, 1949, the official opening took effect on September 25, 1950. Museum inherits its name in honor of the founder of the city.

The task of the museum was interrupted for nearly 20 years, the community loses touch with its history and it was only in 1975 that an agreement between the then director of the museum, Professor Miguel Gonzalez, and the province was signed, the which allowed it to reopen its doors.

The historical treasure that houses the museum is divided by rooms with names that indicate the historical moment of the pieces, so we can find, for example, the living "First Settlers" with elements of tehuelches and Mapuche cultures; room "Campaign General Roca" with sample photos, clothing, weapons, etc.. and so other rooms that keep the historic heritage of the city.

The museum is located on Spain Street between Mitre and San Martin.

Railway Station.
By decree of 13 September 1897 to enable the authorization section of the railway comprised between Bahia Blanca and Rio Colorado for the transfer of cargo and passengers on the same train leading materials was granted. The second section, from Colorado River to Choele Choel was temporarily freed to public service by decree of June 30, 1898, the third-Choele Choel-Chelforó-December 31 of the same year.

Finally, by executive decree dated May 30, 1899, the company was authorized to rid the public service the entire line to the confluence of the Limay and Neuquén rivers from 1 June of the same year.

The inauguration was scheduled for this date but unfortunately the train carrying Julio Argentino Roca and the entire delegation invited to the opening of the branch, stopped at Chimpay where were hemmed in by water, and it was here that the act was improvised opening. Here the words of the chairman of the Southern Railway, Mr. Frank Parish, Mr. William White, chairman of the local committee of the company spoke and finally, addressed the General Roca. After the ceremony ended, returned to the train station where the Constitution had left the May 31, 1899, while the waters he blocked the fledgling town of General Roca.

Had three stations: the central passenger in the urban area, the load on Padre Alejandro Coronel Stefenelli and JJ Gomez, at the west end.

Currently the station has been remodeled and it works the Ministry of Culture and Tourism and Sports.
The Railway Station is located at 940 July 9.

House of Culture.
The House of Culture was established as a private non-profit, to project to the community culture in its different manifestations, encouraging city residents to develop their cultural potential as direct actors.

To do workshops and theater, art, music, singing, dance, etc. were planned.

The cornerstone of the work was laid on September 1, 1973.'s Future building would rise on the site located in the block on July 9th Street between Maipú and Don Bosco. Legal status was granted by a decree in June 1973, its then coordinator, Norberto Rajneri. 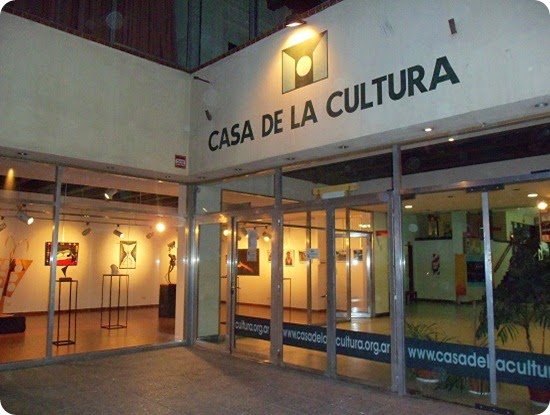