Popular festivals are part of the intangible heritage of a community of Neuquèn.

Popular festivals are part of the intangible heritage of a community, and a tourist product that reflects the culture and the tradition of the different regions, in which all the cultural expressions are included as a reminder of events, rituals and customs.

They represent the expressions of memory and collective life, essential for the creation of social bonds and the definition of identity.

This means that collective works are orally transmitted, which is why they tend to change as time passes by, by means of a communal recreational process.

Given its ephemeral nature, this heritage is highly vulnerable. Therefore, popular festivals are a tourist attraction that requires a special consideration for its development. 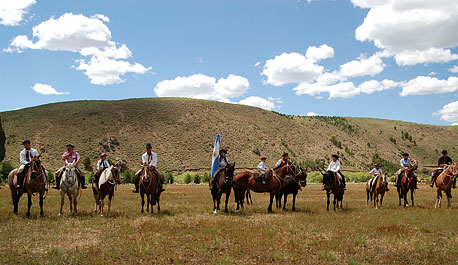 In this sense, it is advisable to bear in mind that the community that creates them compromises not only an economic interest, but also its own existence, inviting tourists to join them in the moment of the greatest expression of their identity.

It is difficult to specify the origin of these celebrations. Generally when an event generates great satisfaction, festivals are organized to express these positive emotions joyfully. The development of this type of events contributes to the preservation and validation of the local identity, the folklore, and the historical and artistic resources of a community, and the relationship of people with this community. As regards their benefits, popular festivals contribute to the economical growth and the social development and promotion of the regions, involving most of the times, a significant impact on local communities.

In the towns of Neuquén province popular festivals develop successfully and gather significant numbers of people. 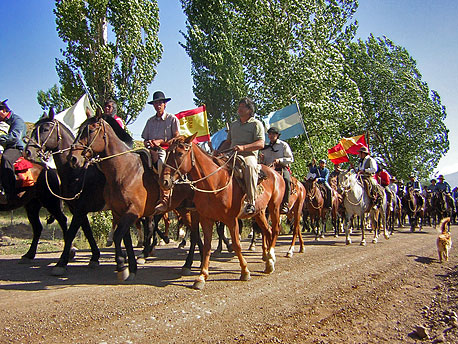 The total amount of festivals identified in the province is 71, and the greatest number of events is concentrated in the tourist areas Patagonia of Valleys and Volcanoes (34%) and Steppe of Dinosaurs.

As regards the spreading of these events throughout the year, they mostly concentrate on the months of January, February and March.

The clothes, the handicrafts, the dances, and the food are represented in a festival, and they constitute the greatest expression of the way of thinking and feeling of a town and its people; Neuquén offers festivals and events throughout the year and in the whole province.

Festivals of tourist interest in Neuquén

This is a mention given to festivals and events celebrated in a certain place that are of great interest for tourists.