Jujuy contains reminiscences of ancient people that lived 2000 years ago and were strongly influenced by the Inca Empire. Its colonial buildings and desert landscape forms a contrast colorfully dazzling and unique natural spectacle fascinates everyone.

Jujuy is a province of northwestern Argentina visited by many tourists throughout the year because of its scenic beauty and archaeological wealth. Its capital is San Salvador de Jujuy, where modern buildings are articulated with traditional colonial architecture, but what is the wonderful spectacle dazzles mountainous of the Quebrada de Humahuaca. Their churches, chapels and the deep historical roots are also local attraction.

Jujuy is primarily a geographical setting of great natural beauty. Most of its territory is mountainous and flat region is forested. Its capital, also called "the silver cup", contains treasures such as the Cathedral of the seventeenth century, which houses art objects. It is a National Historic Landmark, as is the church of Santa Barbara, colonial church, the Cabildo, opposite the historic Belgrano Square, and Government House. The Obelisk at Jujuy Exodus evokes the memorable historic feat. You can also visit the craft market, craft shops and plenty of museums, including the Archaeological Museum. This capital city has a modern tourist infrastructure, hotels and restaurants where you taste the typical regional food.

The tour of the famous Quebrada de Humahuaca and its villages acquires a singular sense. For she transited the subjects of the Inca and then the conquerors from the Alto Peru. The tour of the creek includes a succession of chapels and villages that have been declared National Historic Sites or Monuments, as Purmamarca, famous "Cerro de los Siete Colores" show of natural beauty unique in the world for its famous Tilcara "Pucara ", museums and botanical gardens high and Humahuaca, for his monumental Independence Monument and Cathedral keeping typically colonial indigenous relics. 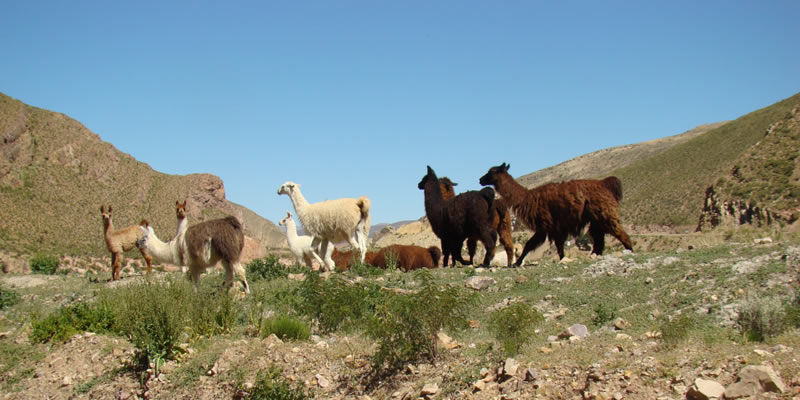